At the center of Grits n Gravy are Los Angeles-based musicians Kevin Stevens and James Achor. After performing together, they found a common love for a lost sound, feel and vibe from decades past in American Music. They set out to create music in styles (and configurations) that they longed for as professional musicians, but were not readily available to audiences.

Today, Grits n Gravy is the home for a variety of world-class musicians that share this love for American Music. As a result, there is a richness and integrity that sets these groups apart from the sea of live music for hire. 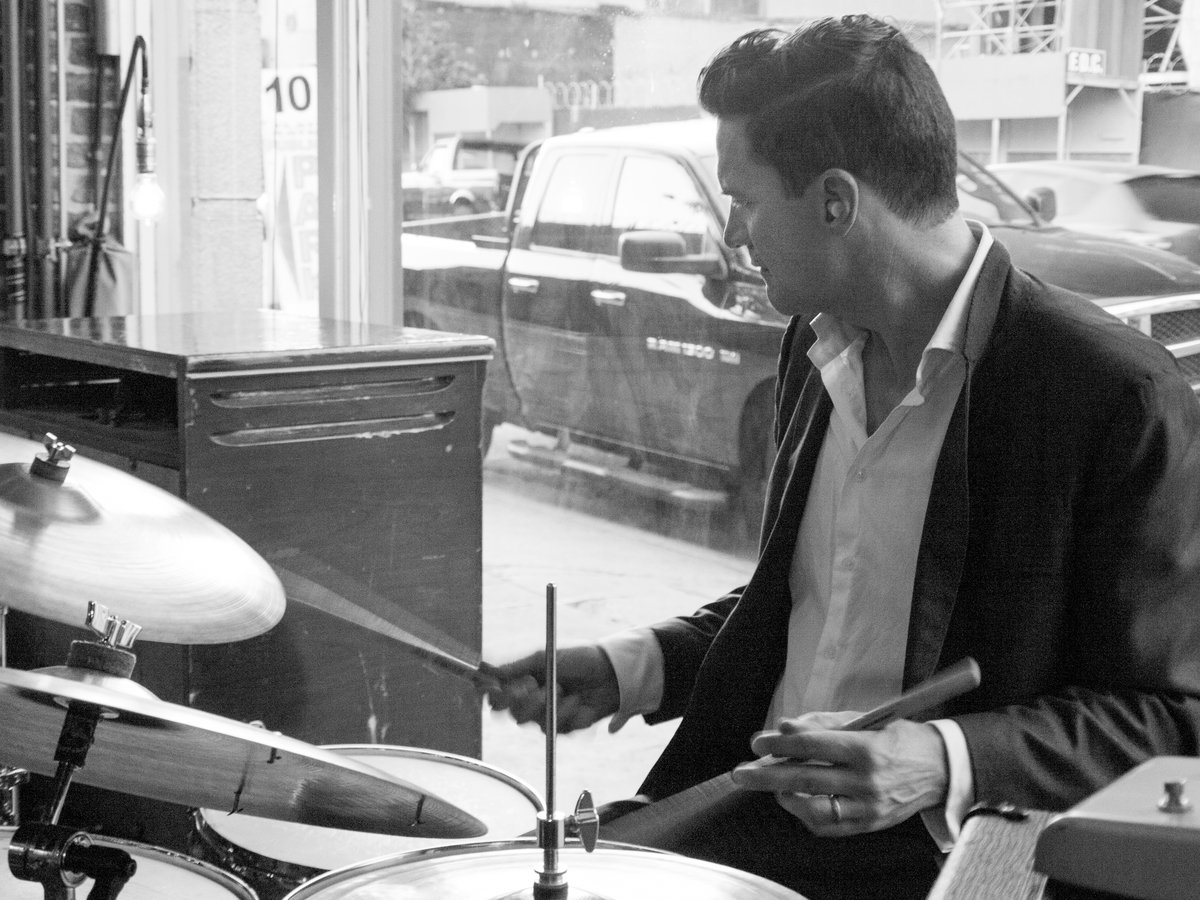 Kevin grew up in Denver, Colorado where he began private drum lessons at eight years old. By high school, he was performing with the jazz band, concert band, percussion ensemble, and spent two years touring with The Caspar Troopers Drum and Bugle Corps from Casper, Wyoming.

Since moving to L.A. in 2003, Kevin Stevens has played with the house band (Cleto and the Cletones) for “Jimmy Kimmel Live,” performed with Shakira on “The Ellen DeGeneres Show,” toured the globe with the likes of Chilean pop superstar Beto Cuevas (La Ley), the critically acclaimed Neon Neon and actress/singer Minnie Driver. He was a member of the original (Los Angeles) cast for the hit Broadway musical/movie, “Rock of Ages.” Kevin has been on the teaching faculty at Musicians Institute in Hollywood since 2009.

For more information on the DRUMMING side of Kevin’s life:
www.kevin-stevens.com 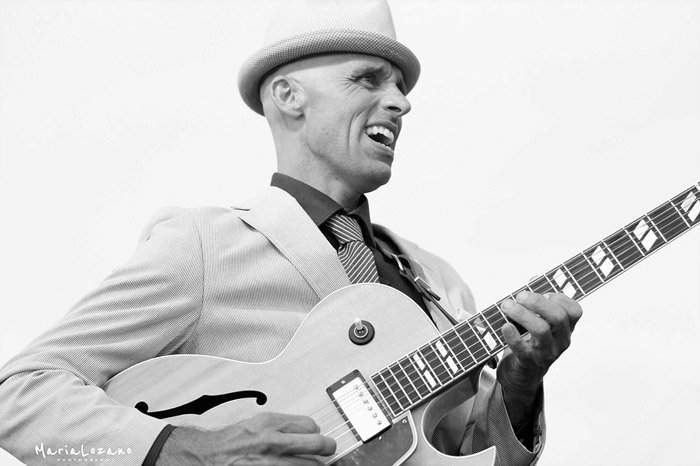 James Achor is not just another “guitar player” he is a composer, producer, band leader and entertainer. Now turning the corner on 25 years in the music business and just getting started.

James is probably best known as a founding member of The Royal Crown Revue. James’ musical compositions and “swinging” guitar have appeared in several feature films and television shows such as Dancing With The Stars, Swingers, Modern Family, Beverly Hills 90210,Shrek 4, Monsters Versus Aliens, Jim Carey’s “The Mask” to name a few. James has appeared on such prestigious stages as “The Playboy Jazz Festival”, “The Newport Jazz Festival”, “The Mount Hood Jazz Festival” New York’s “JVC Jazz Festival”, The Conan O’Brien Show.

Add all this to James’ love of music, professionalism and laid back demeanor and you will see why you can put your confidence in him to supply just the right music for any and all occasions.

Get Updates by Email